Russ and Aarron Davis on an install in Courteney, BC.

As with any company, there are many people, vendors, and supporters that make up the fabric of your success.  When I started at BC Greenhouse 10 years ago, they shared with me the story of Erik Davis and it was a pleasure to talk with Russ and Aarron Davis to get the full history of our Vancouver Island connection.  It’s clear that Erik Davis was one of the remarkable people that changed the course of our company.  Erik was a bricklayer by trade who lived on the Island and he was known for his love of gardening. The president of four garden clubs, Erik was familiar with BC Greenhouses and had met Don Vale who was an installer with BCG.  Erik purchased his first greenhouse in 1981. Erik in his lean-to greenhouse with young Aarron

As it often happens, the greenhouse becomes too small when you have a big love of plants and in 1984 Erik decided to add 20 feet to his lean-to greenhouse.  Because many of the garden club meetings were in his backyard, he was often answering questions about his greenhouse.  With his good nature, he helped four friends purchase and install their greenhouse.  Erik was helping a botanist move a used 20×40 greenhouse and building a beautiful rock wall foundation. This caught the attention of Henry Heinen.  At this time, Don Vale was announcing his retirement and Henry asked to see the used greenhouse and meet Erik.  The workmanship was impressive. Erik was looking for a change as masonry work was hard on his body.  The timing was perfect.  Henry and Erik went out for a beer and signed a deal to become a retailer on Vancouver Island. It became a good little business.  In 1996 there was an enormous snow storm “the Blizzard of 96”, and the first few months were spent replacing greenhouses from other companies. Russ took a 3 month leave from his regular job to help his dad out. Maybe it was a sign?

A machinist by trade, Russ thought about it for a year and a half before he signed up. Erik wanted to retire and Russ was granted a leave of absence for a year to see if it was the right path for him. At the end of Russ’s leave, Erik asked him if he wanted to take over the business.

The first four years were challenging as Russ continued to work night shifts at his other job just in case.  In 2002, Russ took over the distribution for all of Vancouver Island and at that same time, the internet was really taking hold.  He completed a beautiful lean-to greenhouse at Crystal Gardens which was great promotion.  You could often find Russ at an install with his young boys close by counting nuts and bolts or building caps. When I asked him what the secret was to his success, Russ quickly says his wife.  Deb handled the accounting and administration of the company and he is happy to give her the credit. 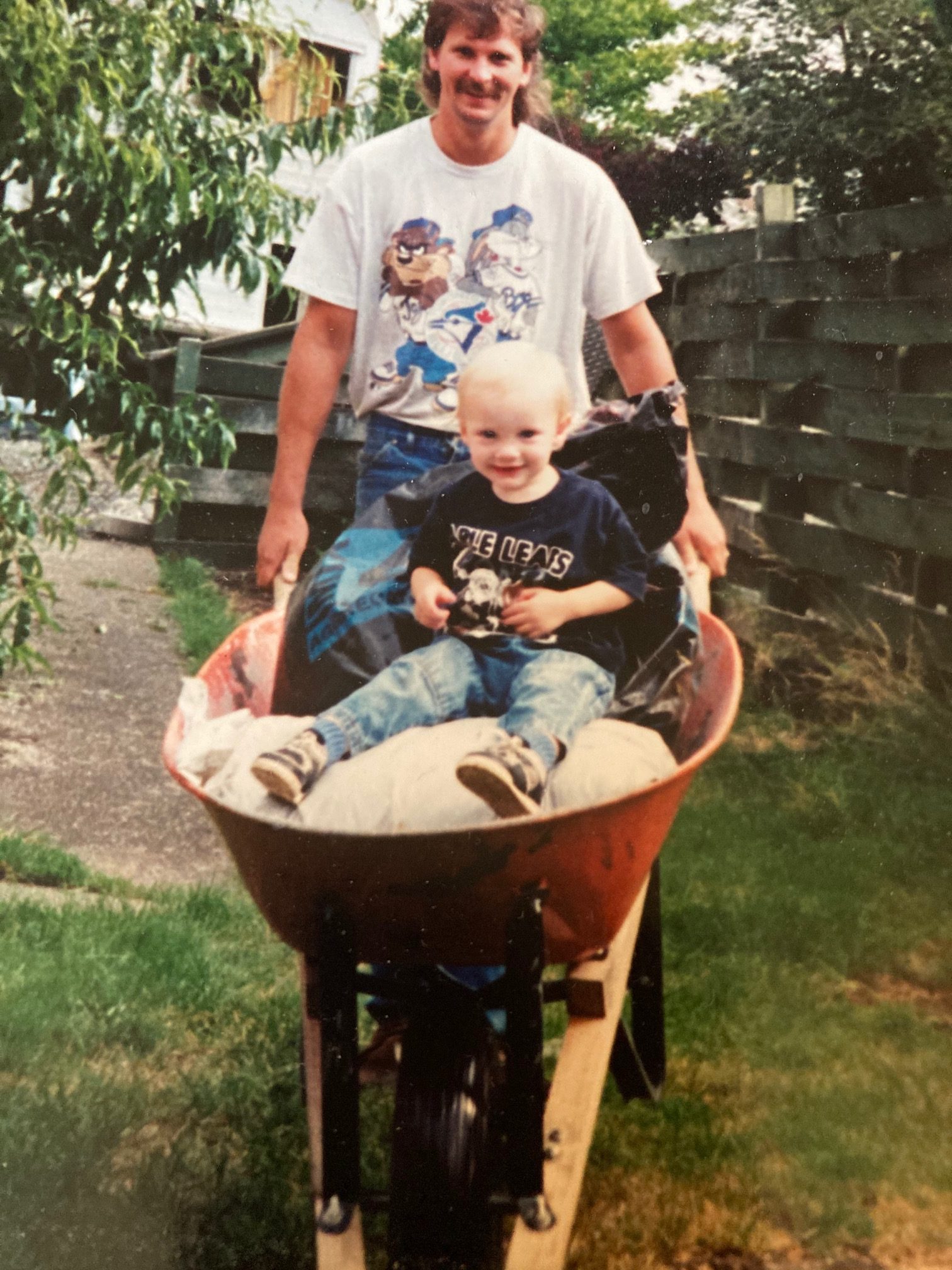 Russ with his son Aarron

Russ started thinking about retirement in 2019 and at the same time thinking about how much mileage he’d put on his trucks delivering and installing greenhouses.  Last year he surpassed 650,000 kilometers since 1998. Given that the full length of the Island is 460 kilometers, it gives you an idea of how busy he’s been. 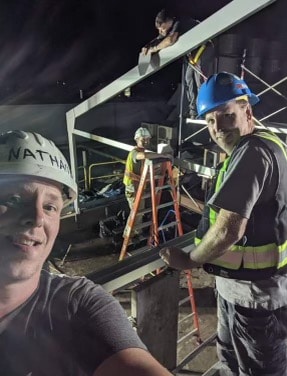 This time it was Russ’s turn to approach his son about taking over. I love the way life comes full circle for great people.  Aarron Davis had been on the worksite with Russ for most of his life.  Aarron would consistently help with foundations and wiring up the greenhouses for heating, cooling and ventilation.   It seemed like a natural fit when Russ asked about joining the business in 2019 but no one could predict what was about to happen.  I asked Aarron if it was an easy decision to make and he agrees that in some ways it was.  He saw the wonderful life that his Mom and Dad have and remembers a lot of the past projects with good memories including an install at UBC where he ducked out of high school for a few days to help his Dad.  They remember the BCG shop guys vs. the Contractors contests to see who could assemble faster. Or the chance to go to Dallas to help out on a large project on the roof of a 20 story building.    It’s been a good ride and who knew that the rollercoaster was headed straight up hill.

Greenhouse crew on a fishing break

I asked Aarron how the last year has been for him.  “I haven’t had time to think about it.  My Dad said to me that with the pandemic, it was going to be busy but there isn’t time to even stop and think.”  An electrician by trade, Aarron started his own Electrical company 2 ½ years ago.  When Russ gave him the reigns in Sept 2020 it was the perfect transition. With a young family, he likes the idea of being his own boss and working hard in the busy times and having some down time too.  “It’s exciting where things are going.  We’ve seen a 60% increase this past year and I’m keeping my Dad busy”, he chuckles.  Russ spends his time on the job site these days instead of behind a computer or a phone working on the deals and that works well for him for now.  But the ocean and the road is calling to him.  An avid water skier, Russ jokes that there is more than one kind of glass out there and that he has a new motorcycle to refurbish for the good weather coming.   When I asked Russ what is his favorite thing about the business, he says it’s the beauty he’s seen.  Travelling the islands and seeing all of the nooks and crannies has been terrific.  He says he’s seen areas that most will never see as they are only remote access by beaver plane.  Thinking about his son taking over, he knows the business is in good hands and what lies ahead is meeting great people in beautiful places.  “A pretty good life, I’d say,” he says with a smile.

All of us at BCG welcome Aarron to the family and send sincere thanks to Russ for all that he’s done.  I have often said that I wished I could clone him 🙂

We also wish you sunny and clear days ahead Russ!  Cheers! Russ experiencing another type of “glass” 🙂